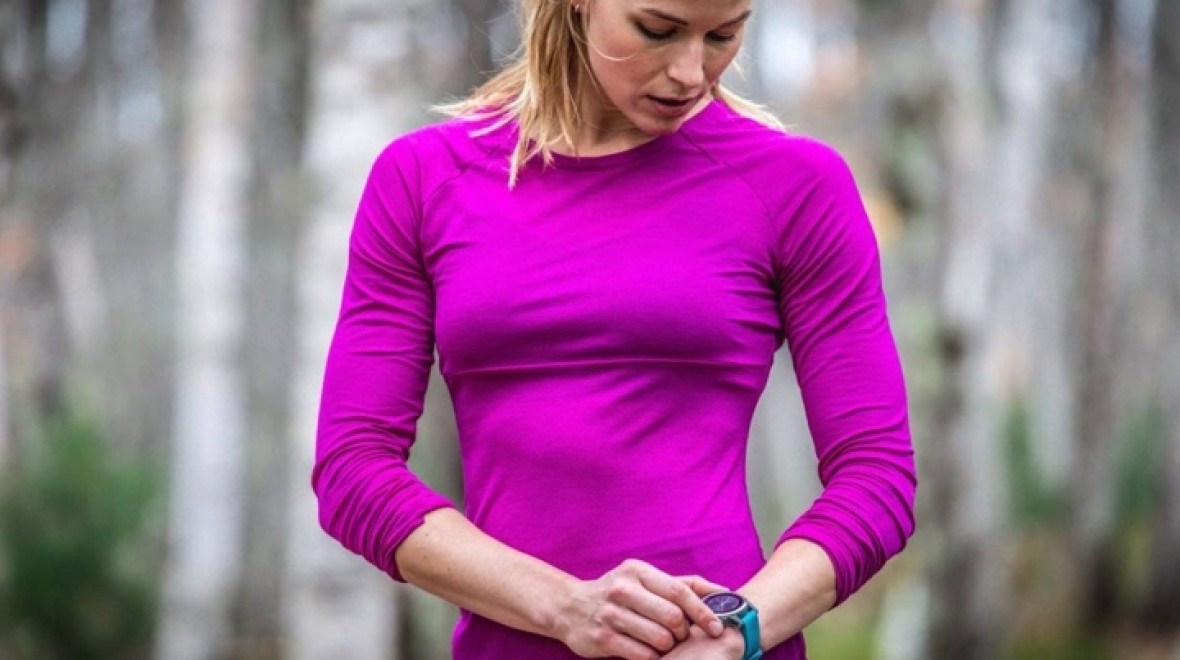 We still get asked a lot what GPS sports watches for women are out there. Partly that's because nobody has built the ultimate, compact, comfortable, female-friendly sports watch yet.

So you're going to have to compromise on something.

Let's get something straight: Women can buy, use and love any of our recommendations for the best GPS running watches, the best fitness trackersand the best running watches and smartwatches with music playback.

But there's also nothing wrong with wearable tech companies targeting health and fitness conscious women as long as it's done in the right way. In fact we want more of it. Those lists mostly contain wearables designed by men, for men.

For now, here are the trackers and watches that we think will particularly appeal to female fitness freaks, whether that's down to smaller sizes, stylish form factors or customisation and flexibility. The most important thing – there's no slacking on features or performance.

Here's our pick of fitness trackers that cater to women slightly better than most. Let us know in the comments which ones you prefer. 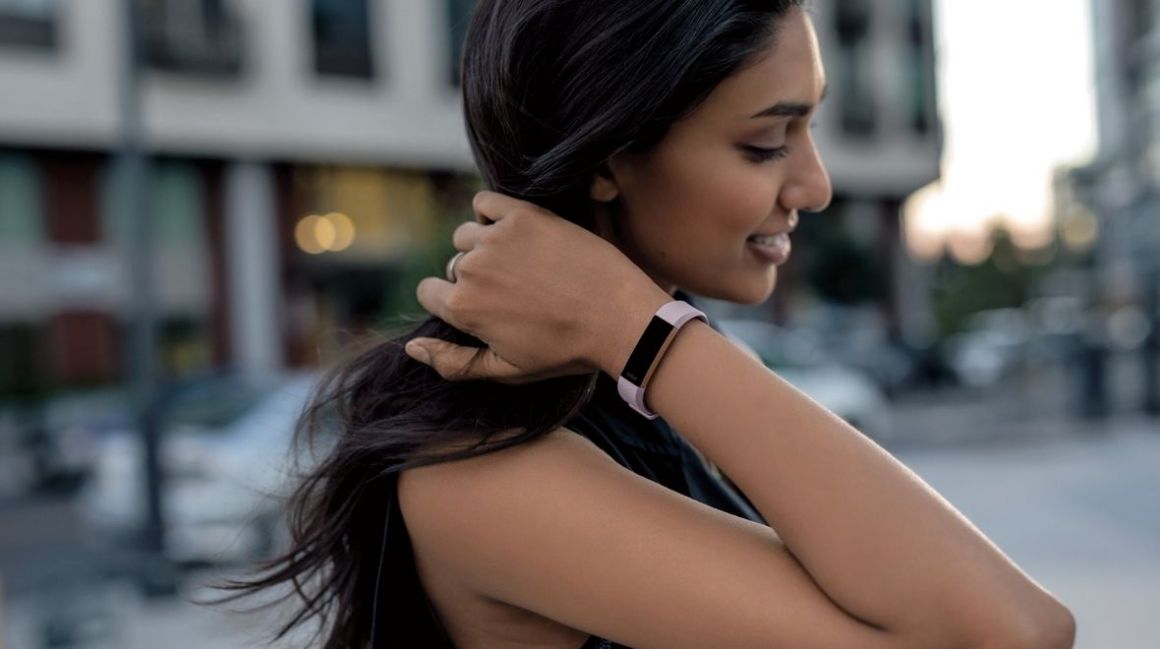 If you like the idea of a Fitbit but you're serious about running, the recently retired Fitbit Surge and the new Ionic smartwatch are still the only options to offer built-in GPS. The Blaze and Charge 2 use your phone's GPS.

Our Fitness Tracker of the Year, the Fitbit Alta HR is a good choice if you want a stylish looking, affordable fitness tracker that still has a small screen. The big new feature is heart rate tracking – plus reminding you to move around every hour – and otherwise it repackages Fitbit's step, distance and calorie tracking into a slim, customisable band. Plus, Fitbit's app is great for motivation and designer collaborations from Public School and Tory Burch are available. 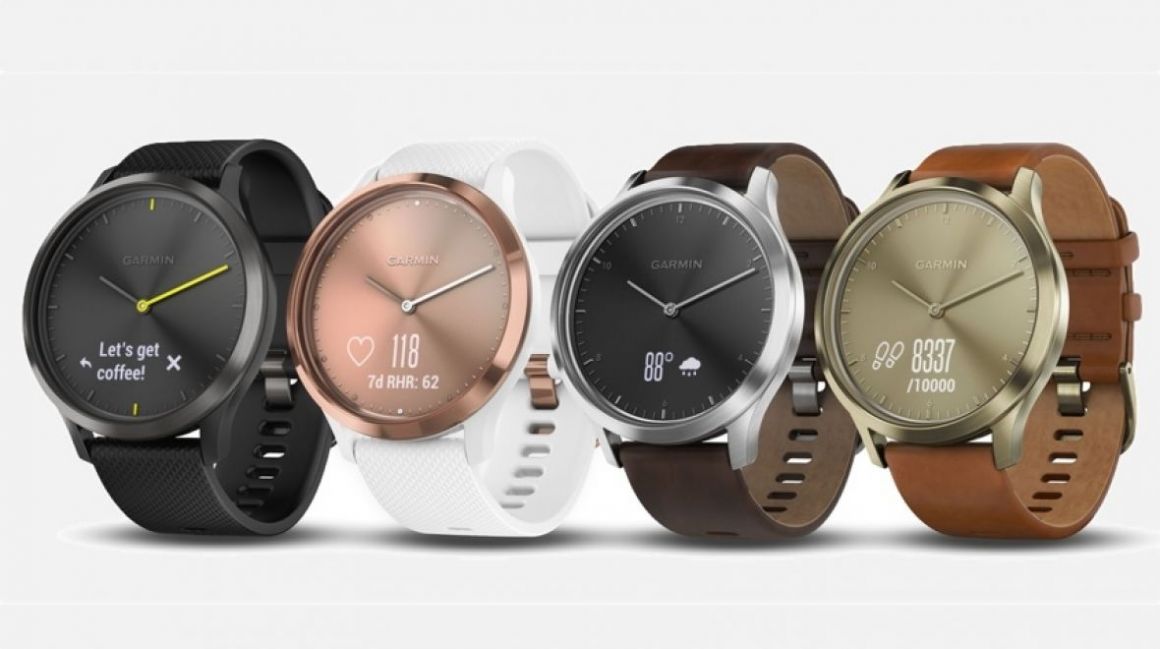 Another award winner and a wearable that is better designed for both sexes, the Vivomove HR is a hybrid smartwatch with some impressive connected skills.

It has a smart analogue design with a discreet, disappearing OLED display built into it – just tap to access alerts and fitness info like steps, sleep, calories burned, notifications, heart rate and stress info. Then when you're not using it the watch face looks blank. The watch hands even move out of the way of the screen while you read it – clever.

Being from Garmin, we expect nothing less than stellar accuracy and performance from the dedicated sports modes and Garmin IQ auto-tracking. The watch comes in black, gold, silver and rose gold finishes with Sport and Premium models – Premium is more expensive and gets you a nicer, leather strap. 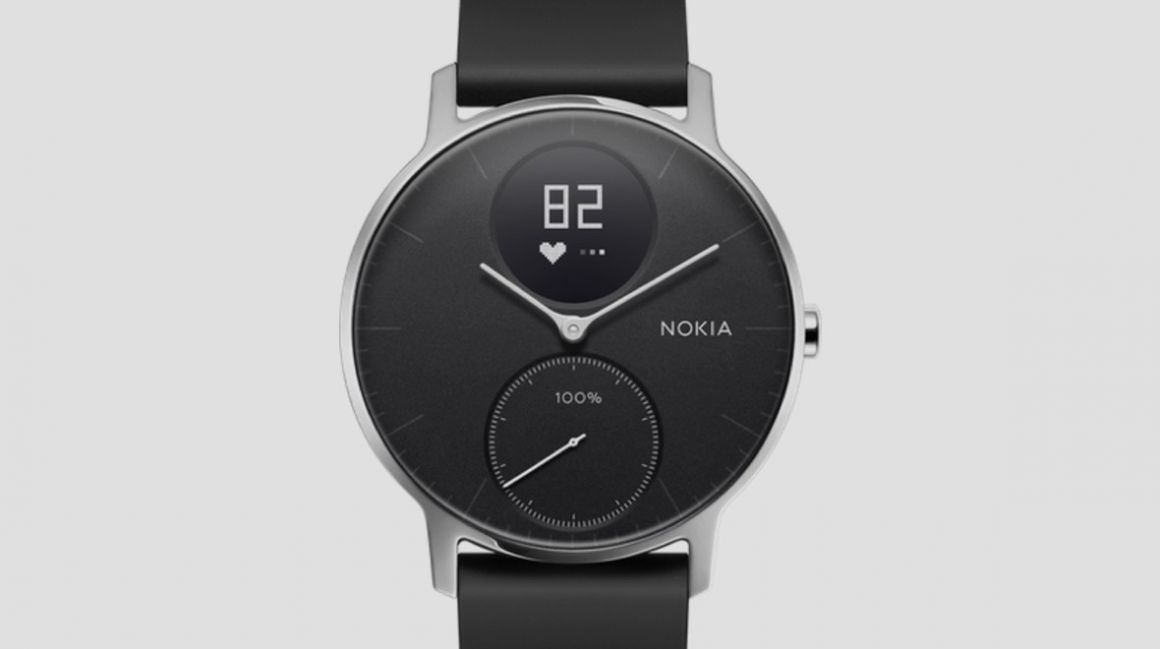 It's small, it's light, it's geek chic. The Nokia Steel HR makes a great everyday fitness companion. It's more for increasing how long you're active each day, steps taken, calories burned or the distance you've walked than hardcore workouts or running – there's no GPS for instance. But the Steel HR can also track your sleep if you don't mind wearing it in bed.

We're big fans of the small, discreet screen (which also does some notifications and calendar alerts) and the activity dial on the analogue watch face plus the heart rate tracking on a watch that doesn't look super sporty. You can pick one up at 36mm or 40mm, both waterproof to 5 ATM and with a battery life of 20 to 25 days. The Health Mate app has had a revamp since Nokia took over Withings too. 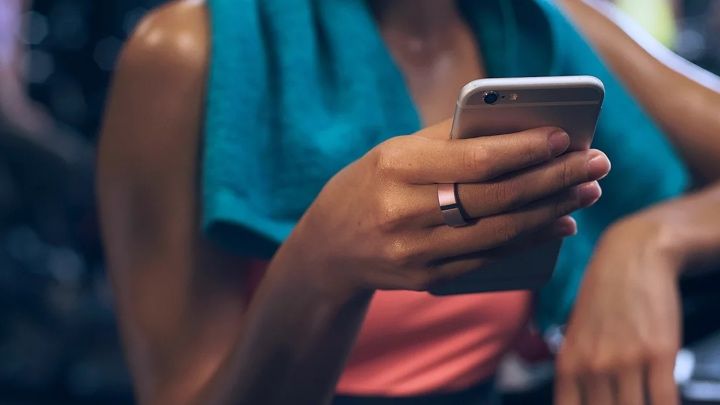 Smart rings have been around for a couple of years now, but the Motiv is the first that we actually feel is built for wearing 24/7.

Measuring in at just 8mm wide and available in rose gold or slate grey finishes of titanium, the smart ring comes in seven sizes and is waterproof up to 50 metres so you can go swimming with it on too.

On the fitness tracking front, it can monitor steps, distance, active minutes and there's even a heart rate monitor to collect BPM data throughout the day to provide resting heart rate insights.

While fitness tracking skills might seem a little on the basic side, it's still a stylish alternative to having to wear something around your wrist. 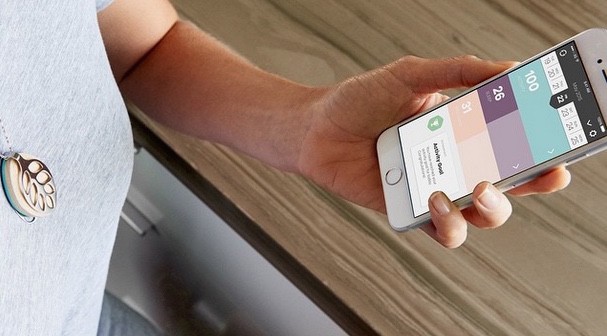 This smart jewellery lifestyle tracker can be worn as a necklace or a brooch and tracks everything from steps and sleep to breathing patterns and menstrual cycles. You can also let the Leaf know how stressed you're feeling in relation to your breathing so it can track stress levels with its clever algorithms.

With a six month battery life and a range of boho-friendly accessories including leather and vegan fibre straps and a dark marshwood with gold leaf limited edition, Bellabeat is right on the money.

This is the tricky category when it comes to size, design and fit, but there are a few options to add to your shortlist depending on your budget. 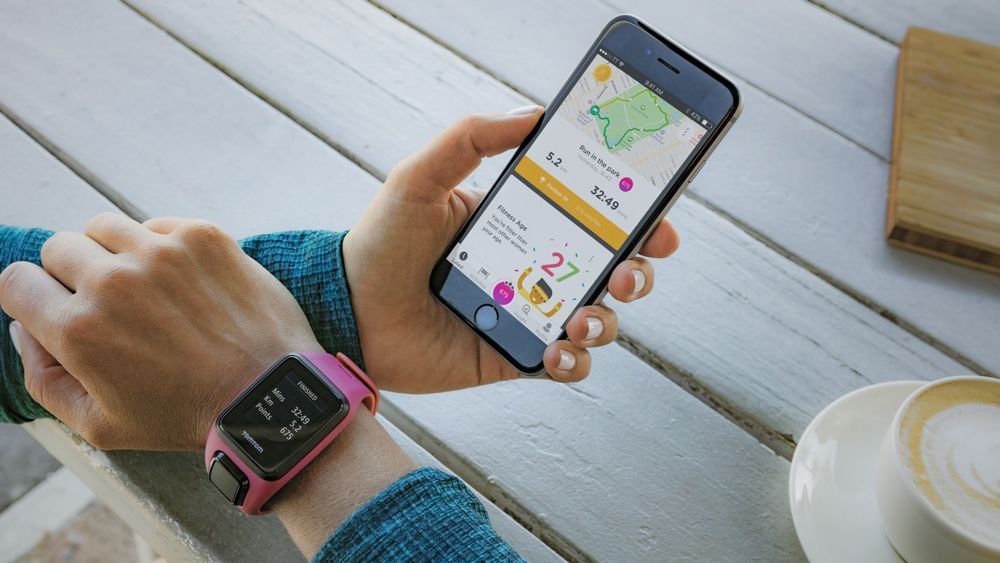 If it's a sports watch you want, the Spark 3 would be our first recommendation to take a look at for women who run. It comes with two sizes of straps – small and large – weighs 47-50g depending on your choice and is available in either black or aqua with a bunch of different strap colours. That said, it is 13.7mm thick so this one will sit up on your wrist. The price is that sweet spot, though, way below most of the female-friendly but feature-packed Garmins on offer. If you are willing to live without some of the extra frills.

At the top end, you get GPS, heart rate monitoring and music storage on board (which you can listen to via Bluetooth headphones), alongside a new, nifty Route Exploration feature and a great heart rate sensor. It works with a whole bunch of running apps, there are bike/gym/swim and treadmill modes and earlier this year TomTom's own software had a very welcome overhaul. 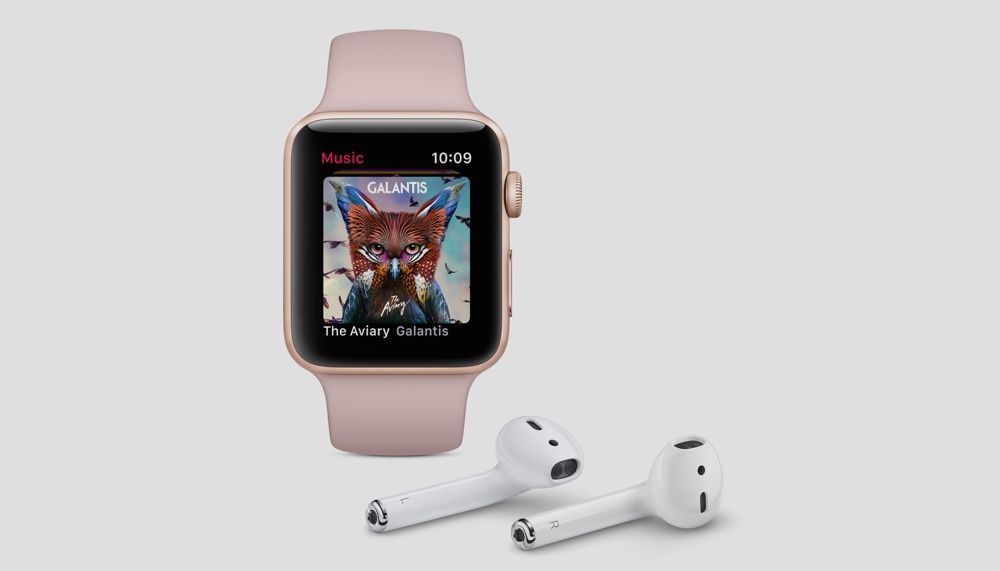 You're not going to find a smaller, lighter, more comfortable smartwatch-that-does-running than the Apple Watch, which comes in 38mm and 42mm sizes. Now, the Series 3 is 1.25mm thicker than the original and the Series 2 no longer exists, but these are minor points compared to the competition.

It's not a sports watch, it's an all day smartwatch that has considerably beefed up its usefulness for runners, cyclists and swimmers. With built-in GPS you can track distance and pace for running and cycling, plus it's now water resistant with swim tracking to 50m so you can wear it in the pool.

The Series 3 has an eSIM for LTE connectivity (if you want it) plus a new faster W2 processor, an altimeter for stairs climbed and new resting heart rate data via watchOS 4. The Series 1 is still available.

Apple's own Workout app is still data light for runners and we're not bowled over by Strava's standalone app but we're hoping this will continue to improve. The optical HR monitor can be used for heart rate training zones and there's both Apple Pay and music storage (via Apple Music) on your wrist, even when you leave your phone at home. 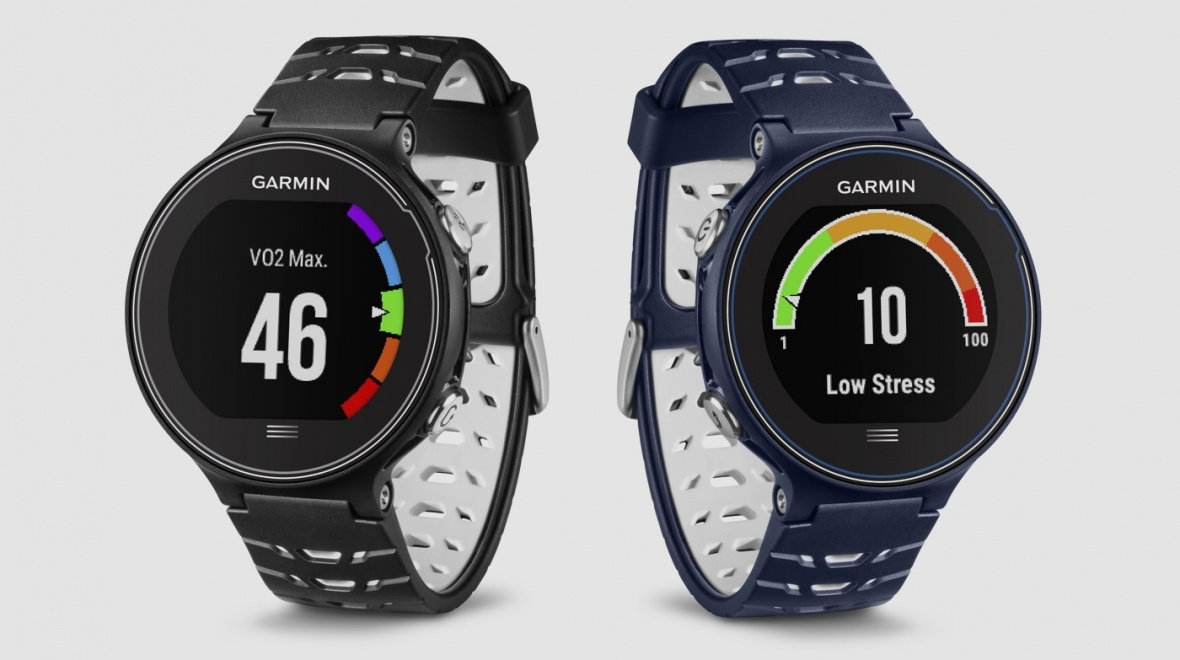 If you're a running enthusiast and you want the best (at a price), look no further than Garmin. A bit of an old recommendation, and not one available directly from Garmin, but still the one we'd choose is the Forerunner 630. It ‘s not as chunky or heavy as most specialised running watches and has a uncluttered, simple design that makes it easy to read and not so hideous if you want to turn the GPS off and wear it as a regular watch.

The feature-packed 630 is one of the best watches you can lay your hands on if you're serious about running and the matte plastic, 5 ATM waterproof watch is the kind you can wear comfortably. It's only 11.7mm thick and 44g too, which is pretty good for a GPS watch. The Garmin Connect app and particularly the website are also fantastic running tools to check your progress and the watch can even offer advice on recovery time after each workout.

It's a very similar package to its predecessor, the Forerunner 620, but it also records stride length and vertical ratio, which can be used to make runners more efficient.

It's also worth checking out the (bigger) Forerunner 235, which adds heart rate tracking. It's not so ladylike but is a great all-rounder for runners who want to be a bit more scientific in their training. Garmin's latest serious multisport watch aimed at women is the 42mm Fenix 5S. 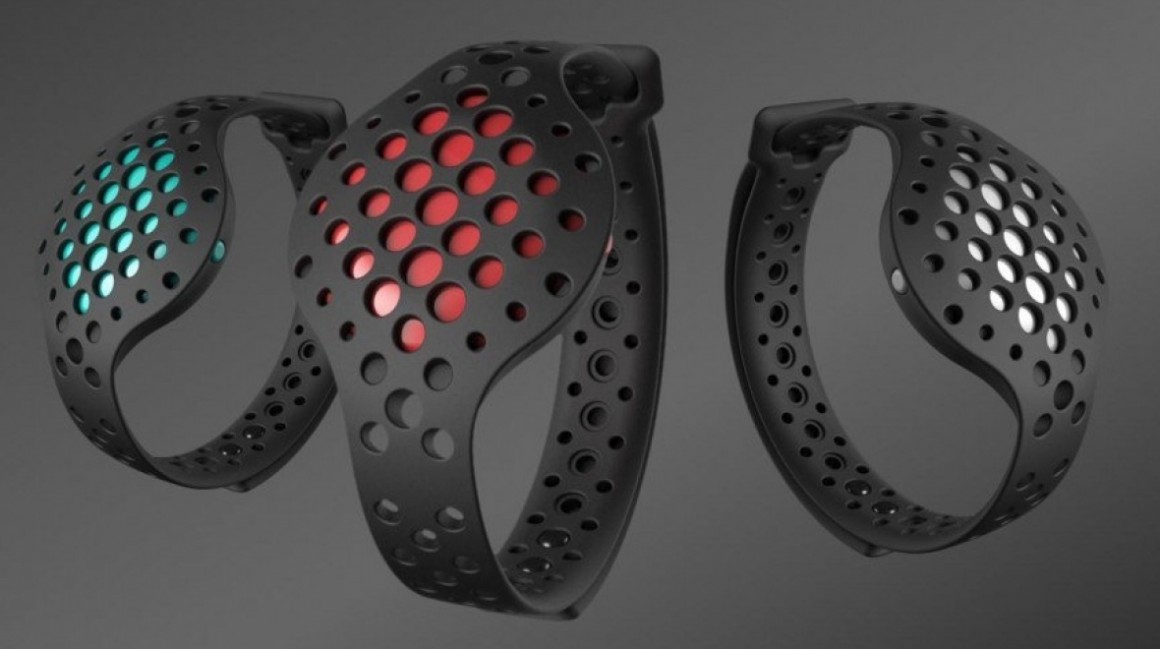 This might not be the running wearable that you set out to buy, but stay with us. Moov Now is a virtual coach in an inoffensive, small wearable that you wear on your ankle when jogging or on your wrists for other activities, like boxing. It's also worth considering for cyclists and swimmers.

You do need to carry your smartphone with you, which could be a dealbreaker for some, but you get audio coaching, for a whole range of abilities, and a nice six months battery life. It focuses on your personal achievements, most importantly, and doesn't just spit out data – though if you want GPS on the device, look elsewhere. 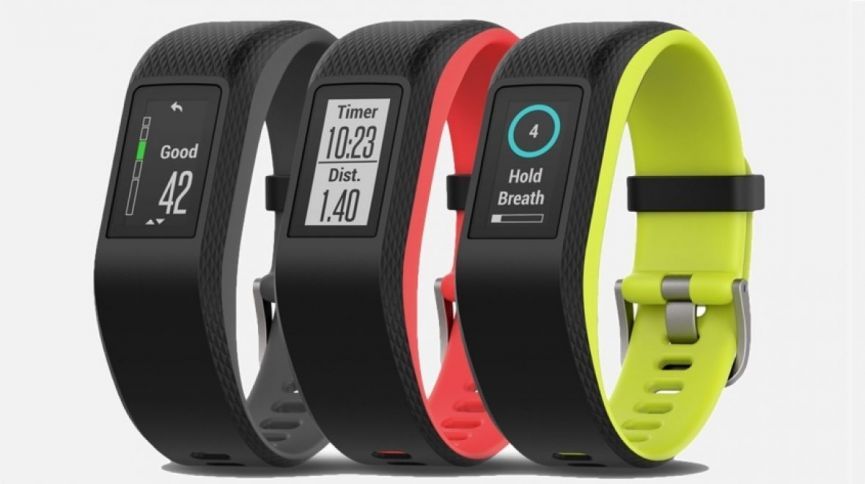 A supreme GPS running watch in all but design, you might get on better with the Vivosport's hybrid form factor than a regular watch. It's thinner than a bulky watch but still houses built-in GPS, optical heart rate monitoring and a week's worth of battery even with workout sessions and onscreen smartphone alerts turned on.

It works with both Android and iPhones, syncs up to Garmin Connect and activity tracking is really impressive with a moveable goal. In terms of looks, in the flesh the two-tone texture finish is a big upgrade from previous models and looks really smart.

It also brings new features like rep counting and stress monitoring along with the onboard GPS to make this one of the slimmest, yet most feature-packed trackers you'll get your hands on.

Source: The best running watches and fitness trackers for women 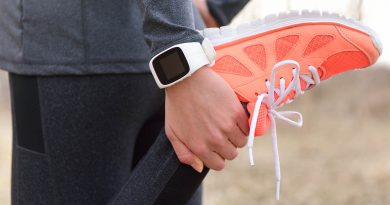 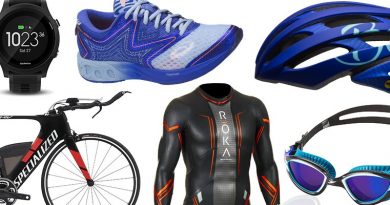 Your Guide to the Top Triathlon Gear for Every Budget 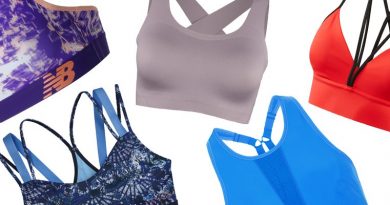 The Best Sports Bras for Every Athlete