Recently I met two women who had flown out from the east coast to attend a yoga retreat in Malibu. You know . . . the beautiful beachside oasis just a few miles west of Los Angeles. These were intelligent, successful people who loved yoga but who had never been on a retreat before.

They’d seen this particular getaway advertised at their local studio back home. When they saw the villa where they’d be staying and practicing and the stunning pictures of Malibu’s majestic coastline, they thought: “That looks great!”

And indeed it did. But somehow the experience turned out to be so different from what they were expecting that they ended up bailing on the retreat and going to stay with a friend. This friend brought them to my Sunday morning class in West LA, which is where I heard about this whole debacle.

So what happened? And more importantly, if you’re thinking about going on a yoga retreat, how can you avoid winding up in this kind of situation yourself?

How to Find a Yoga Retreat That You’ll Actually Enjoy? Don’t Make This Mistake:

Well, in the case of the two women in Malibu, they simply hadn’t thought to ask about the practice space at the villa. They just assumed they’d be practicing in a nice yoga space, which (given the cost of the retreat) was not an unreasonable assumption.

So when the “villa” turned out to be, as one of the women put it, “just some house the teacher found on AirBnB,” and they discovered that the practice space was the living room – which meant they had to move all the furniture around before and after every practice – the women decided this wasn’t the retreat for them.

Now, this may not have been a big deal for you. There are plenty of people who don’t mind moving furniture to practice yoga.

Yoga retreats can be incredibly rewarding, wonderfully memorable, and (in some cases) deeply transformative experiences.

But whether it would have been a dealbreaker for you or not, it might also seem like a situation that could easily have been prevented if the women had asked a few more questions.

But as yoga likes to remind us, present-moment-sight is rarely as clear as hindsight. And the reality is that there are all kinds of important questions that people never think to ask before deciding on a yoga retreat. And then later, they wish that they had.

The moral of the story? Ask questions!

So, How to Find a Yoga Retreat That Will Be Perfect for You? Ask These 6 Questions:

Whether you’ve been on a retreat before or not, here are a few things to consider before signing up for your first (or next) yoga retreat:

So before you commit to flying across the country (or to another country), consider asking for some specifics about the location. Will you be near a city, town, or other places of interest that you might venture out to? Or will you be in a more secluded place where you’ll get more of a traditional retreat experience?

The more clear you can be with yourself about what it is you want, the better your chances to find it.

Is it an easy place to get to or is it more off the beaten path? If you’re an intrepid traveler, maybe a three-hour drive through the jungle sounds fun to you. If adventure is not your thing, maybe a place that’s only a 20-minute taxi ride from the airport is more your speed. Either way, these are important things to know.

Not sure where to go? Check out these Top 5 Underrated European Countries for Yoga Retreats

With the plethora of yoga retreats out there and the miracle of social media, many people end up signing up for retreats with teachers they’ve never met and know very little (if anything) about.

Again, this can be great! But it can also be not so great if the teacher’s style, disposition, intentions, or any number of other factors are not in alignment with yours.

Getting to know the teacher a bit and asking a few basic questions can go a long way toward ensuring you have the kind of experience you’re looking for.

3. What Kind of Retreat Is This Anyway?

Many yoga retreats may look similar on paper, but ultimately no two yoga retreats are the same. Some offer lots of relaxation and down time, others offer all kinds of activities and excursions in addition to the daily yoga practices.

Some offer only vegan food and prohibit alcohol consumption. Others offer steak dinners and nights out on the town complete with dancing and whatever else anyone wants to do until the wee hours.

A friend of mine recently went on a retreat to Costa Rica. She’d been working seven days a week for several months straight and was looking forward to a little vacation with the option to do some yoga when she wanted. But, when she arrived the teacher informed the group that they were not on a yoga vacation but a yoga retreat. And as such, everyone was expected to be on time and present for every practice.

Fortunately for my friend, it wasn’t a big deal. She shifted gears and had a great experience. But if what you really want is a vacation with some yoga sprinkled in, that retreat probably wouldn’t have been the one for you. It’s always a good idea to ask what the teacher’s expectations are.

4. Where Will We Practice?

As the women who went to Malibu learned, not all yoga practice spaces are created equal. And while there’s an old adage that says “The Great Way is paved by having no preferences,” the reality is that some things simply make for more enjoyable experiences than others.

Last year I led a retreat to Kyoto, which is a fascinating and beautiful city filled with all kinds of fun things to see and do. Everyone who came on the trip enjoyed exploring and taking in the sights and savoring the amazing food.

But the thing every single person said was their favorite part of the retreat was the 800 year-old Buddhist temple where we practiced every morning. It looked out on an immaculately serene Zen garden and we could hear the sound of the temple gong ringing softly across the courtyard.

Could we have had a great trip if we had practiced in a conference room at a modern hotel? Sure. But we were fortunate enough to have the temple, and the experience was that much more special because of it. Of course, you may not be able to get a sense of how amazing or not a place is before you actually see it, but it never hurts to ask.

Let’s face it: Even amongst yogis, who (at least in theory) strive to be open-minded and accepting of others, not everyone gets along with everyone else.

Of course, there’s no way to predict which personalities will vibe well together and which will clash. And in many cases, the teacher(s) won’t actually know until the last minute who is actually coming. But if they’ve led retreats before, there’s usually a certain consistency to the kind of people they attract.

Whether you’re looking for a serious yoga immersion or a fun getaway with some yoga on the side, it’s all out there.

Chances are you’ll be in good company. But some teachers attract a more athletic and/or rowdy bunch. Others attract people who like to take things a little easier, both on and off the mat.

If you’re truly open-minded and easy going, you’ll be fine either way. But if you’re looking to be part of a group that likes to move at the same speed as you, better to ask what kind of crew the teacher is expecting to show up.

6. What Are the Nitty Gritty Deets?

There are other questions you might want to ask before signing up for a retreat. Information about the accommodation and food is usually pretty clear, but it never hurts to double check.

If you’re sensitive to mosquitoes or have allergies to certain plants or pollens, you might want to ask about that. And if you’ll be in a foreign country, having a local guide can be invaluable. So it might be worth asking about that too if that’s important to you.

At the end of the day, the most important questions to ask are questions for yourself:

The range of experiences available is pretty much infinite. So the more clear you can be with yourself about what it is you want, the better your chances to find it.

Yoga retreats can be incredibly rewarding, wonderfully memorable, and (in some cases) deeply transformative experiences. But they can also be complete disasters.

Whether you’re looking for a serious yoga immersion or a fun getaway with some yoga on the side, it’s all out there. So do yourself the favor of doing a little research and asking the right questions to make sure you find the right retreat for you!

This article has been read 35 times. Share it and spread the love! 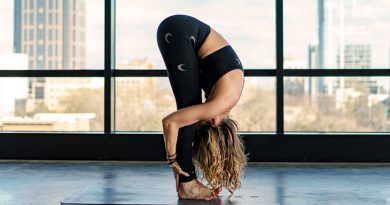 Practice These 9 Feel-Good Yoga Poses to Elevate Your Mood 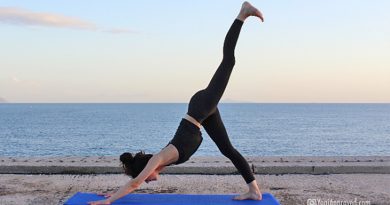 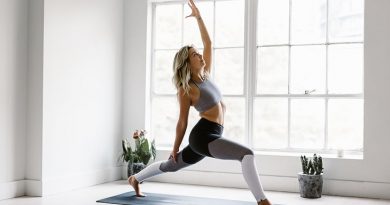 Calling All Kapha Doshas! Want to Feel More Energized and Balanced? Here’s How

In this article, we’re going to check out the best fitness tracker in the market for this year I made

Here’s How To Know If You’re Exercising Too Much

The Kickboxing Arm Workout You Can Do At Home

From HIIT to Yoga, We List The Best Sports Bras To Work Out In 2020