You know that strain in your neck when you do crunches? That’s not a good sign.

Like most ever-evolving gym goers, I finally realized that to actually develop abs, I needed to start doing more core work (go figure!). But when I added a ton of crunch variations to my regular routine, I realized it wasn’t my abs that were tapping out from exhaustion—it was my neck. Every time I came up, the muscles holding my head were crying out louder than my soon-to-be six-pack. The pain went away like typical muscle soreness, so I assumed it just meant my neck was weak. Embarrassed, I never thought much of it until I was working out with a friend and halfway through a round of crunches, unprompted, she said that she didn’t even feel it in her core, but instead—you guessed it—in her neck.

“Neck pain during crunches is incredibly common,” assures Pete McCall, C.S.C.S., a San Diego–based trainer and host of the All About Fitness podcast. Plus, he told me, you can’t really “strengthen” your neck, and it wouldn’t solve much anyway. (You can help ease aches from “tech neck,” though, with these yoga poses for better posture and neck pain.)

“Most people perform a crunch from the upper body instead of the abdominal region, which works your neck muscles—and not the way you want,” explains Joel D. Seedman, Ph.D., C.S.C.S., owner of Advanced Human Performance in Atlanta.

Think of your spine like a noodle: It can bend back, forth, and around, but the structure remains linked together in one fluid line at all times. The exception to this is your cervical spine, which is the top portion that runs from your shoulders up into your skull. Despite being physically connected, your head has the ability to move independently from the rest of the noodle. And when you go to do a crunch, your head may lag behind, disrupting the perfect arc and causing a strain on those supporting neck muscles thanks to gravity, explains McCall. (Here’s how to fix several other imbalances that may be causing you pain.)

If performed properly, crunches will keep your spine in line from lower back to head. But if you let the head lag, you’re leaving your neck vulnerable to a strain. “Imagine each disc in between your vertebrae as a jelly doughnut,” says McCall. “If your head is jutting forward, it puts too much pressure on the front and squishes jelly out the back.” Best case, this slight compression results in the mild discomfort that’ll keep you from churning out enough reps to ever actually see abs in the mirror. But with enough pressure, this improper form can actually lead to a bulging disc, which comes with serious pain, numbness, and muscle weakness.

A handful of studies have shown that simply tucking your chin toward your chest before and during a crunch can reduce the muscle activity in your neck. Why? It activates the hyoid muscles—which run from your chin to your collarbone—to act as stabilizers, says McCall.

Try it: Visualize holding a peach between your head and your throat, McCall suggests. If you don’t squeeze, you’ll drop it, but too much pressure will squish the fruit, releasing juice everywhere. (If visualizing just isn’t working, try folding up a towel and squeezing it between your chin and your chest.)

Then, rather than placing your hands behind your head for the crunch (which encourages you to pull on the head and create further strain), place your hands on your forehead. (Or you could ditch the crunches altogether and opt for these 18 ab exercises for a flat, toned belly.)

In fact, a 2016 study in Journal of Physical Therapy Science found that when people both tucked their chin and lightly touched their face during a crunch, it relaxed their sternocleidomastoid—the thick muscle that runs from your ear to your collarbone—and alleviated neck pain, compared to when they did a basic crunch. Bonus: The variation engaged their abs and obliques more, too.

You may also want to pull your low back and stomach into the floor, says Seedman, as this adds a slight posterior pelvic tilt, keeping the upper spine from being able to move independently. And crunch up really slowly. “People often think in a crunch, they need to get their torso off the ground in this big motion. But it should really be a small, compact movement,” he explains. Remember, your goal is to activate the abs, not to bring your shoulder and head up. If you take the momentum out and glue your lumbar spine to the mat, it signals to your nervous system to create contractions in your core, actually working your abdominal muscles in a way that makes you stronger and keeps you pain-free. 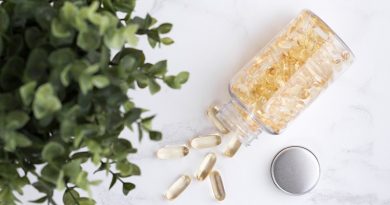 The Truth About Garcinia Cambogia and Weight Loss Supplements 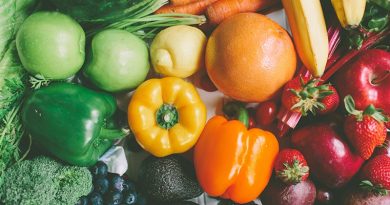 The Benefits of a High-Fiber Diet (Plus Best Food Sources) 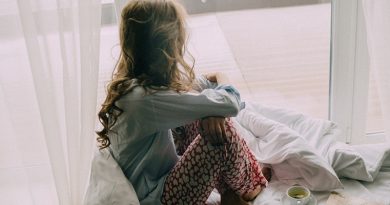 What Is the Keto Flu, and How Do You Treat It?