Natarajasana, also referred to as Dancer Pose or King Dancer, puts our bodies into a beautiful shape and is a fun way to practice balance and concentration. This pose honors the Lord of the Dance, Nataraja.

Even if the shape we get into does not accurately represent him, there is a lot we can learn from his form.

The figure of the Lord of the Dance is one of the eight forms of Shiva (another form being Warrior Pose and is also one of the most well-known figures of Hindu philosophy in the West.

It is the one-legged god with four arms, each hand holding an object or doing a mudra. With one arm and his left leg placed in front of his body, he is dancing in a circle of fire, and stepping on a dwarf. He is often called the performer, the creator, and the destroyer.

The cycle of destruction and creation reminds us of the circularity of life.

Keep reading to learn about the meaning of the Lord of the Dance’s moves and objects it holds, what we can learn from this deity, and how to bring the spirit it represents into our practice of Natarajasana.

The Fascinating Symbolism Behind Nataraja

Nataraja is most present in South India, its figure often found in metal form in Shaivite temples (one of the three main branches of modern Hinduism in India, worshipping Shiva). He is said to represent the cosmic dance at the source of everything in our universe.

Shiva, in this form as the Lord of the Dance, holds objects and is represented in a way that hints at his five responsibilities:

Shiva as the Lord of the Dance is shown holding a number of objects in his hands, one of them being a drum, or the damaru. According to Hindu philosophy, this is the musical instrument that made the first sound through which the universe came to exist. Nataraja reminds us of this important element.

The deity’s lower right hand is shaped in the abhaya mudra – the “Fear Not” mudra – the hand gesture that invokes fearlessness. Conquering human fear is one of the central points in Hindu philosophy and an idea we can find in many representations of Shiva.

Common Mudras, Their Meaning, and How to Practice Them

In one of his hands, Nataraja holds fire, or agni, the symbol of destruction, which also appears in the form of a circle around him.

To allow growth and evolution, we must destroy what isn’t serving us; we must leave what we don’t want to make space for what we need.

In order for the universe to expand, it must go through destruction – an idea that is inherent to Hindu philosophy. Many stories involving the Hindu gods tell tales of destruction before rebirth, the latter being impossible to reach if nothing is broken or destroyed in the first place.

Standing on one foot, Shiva is connected to the floor, hinting at his connection to the physical world. However, he is also stepping on a dwarf, which the story says to symbolize apasmara, or ignorance.

According to Hindu philosophy, our goal must be to reach the Higher Self, and the material world (purusha) is an obstacle to this. Nataraja reminds us of this goal.

Nataraja’s foot in the air hints at movement, dance, and energy flow. One of his hands is in the Gaja Hasta Mudra.

“Gaja” means elephant in Sanskrit, which references Ganesha, the remover of obstacles and son of Shiva. Both serve as reminders that when we conquer the obstacles we face, we can find freedom.

Natarajasana: We Must Destroy In Order to Create

So, Nataraja is responsible for the creation, preservation, and destruction of the universe. We might ask: but how can he both represent creation and destruction? Aren’t these opposing forces?

Well, destruction here is to be understood in the sense of transformation: just as a phoenix turns into ashes before being born again, everything must go through a process of destruction in order to expand.

The cycle of destruction and creation reminds us of the circularity of life: spring and fall come every year; the moon comes anew, full, and back again; days turn into nights and nights into days.

The way Nataraja stands – and dances! – over the symbol of ignorance also implies that to allow growth and evolution, we must destroy what isn’t serving us; we must leave what we don’t want to make space for what we need.

You might recall that in the Bhagavad Gita, fearlessness is one of the most valued spiritual inclinations. Lord Krishna urges Arjuna to let go of fear and follow his dharma, his destiny.

As Nataraja dances with the objects and mudras that hint at expansion and liberation, we are invited to follow his lead and focus back onto these important values and ideas.

Nataraja encourages us to honor music and the sound of the universe, to let go of our fear, to commit to growing and expanding, to literally step over our ignorance in favor of liberation and freedom.

Add the Wonderful Symbols of Nataraja to Your Dancer Pose

A modern interpretation of Nataraja’s figure could be as follows: we are always going to face obstacles in our day-to-day, but when you can find your grounding and maintain your balance, you’ll be able to gracefully move through whatever comes your way.

Next time you get into our modern version of Dancer Pose, remind yourself of your inner dancer and fearlessness. Remember the basics – just like Nataraja holds the sound of the universe in his hand.

Every time you fall out of Natarajasana, invoke the lightheartedness of the Lord of the Dance, the music he carries with him, the flow of energy that moves through him.

Remember that just like seasons come and go, you too can fall and get back up again, releasing what doesn’t serve you to create what you need. 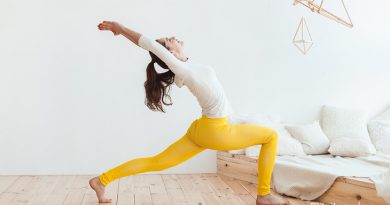 Yoga for Depression May Help Relieve Symptoms – Here’s How 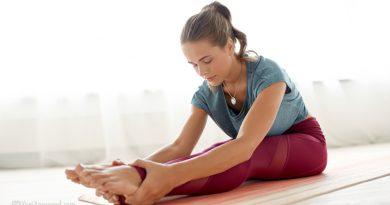 Everything You Need to Know About Practicing Yoga on Your Period 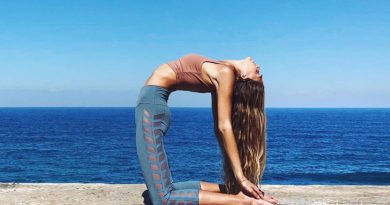 This Is How Social Media Influences Our Spiritual Life