As much as we’d all love to have a massage every week or meditate every morning in the name of self-care, life often gets in the way. But ironically, it’s these occasions where we ‘just don’t have time for self-care’ when we’d really benefit from it the most! Sometimes, rather than having an entire pampering day (which you should definitely do every now and again, BTW) we just need little reminders throughout the day to take a second to ourselves. That’s exactly where self-care apps come in. While there’s a couple of different ones on the market and they all work in slightly different ways, these handy virtual tools give you a little nudge when it’s time to do some bite-sized self-care activities. And we now officially have a new favourite. Enter, Aloe Bud.

If you think the name is adorable, wait until you see the app! It has a rather 90s looking interface—which is quite fitting, as it reminds us of when we had to keep our Tamagotchis alive by feeding them and giving them ample rest and water. But in this scenario, we are the Tamagotchi (but without the guilt involved when you accidentally kill it!).

While some self-care apps only focus on certain aspects of taking care of yourself — say, drinking water or doing daily affirmations—Aloe Bud is the ultimate all-in-one pocket companion. There are nearly a dozen self-care activities (including Rest, Refresh, Stimulate, People and Fuel), all illustrated by uber cute pixellated icons. It’s super customisable, in that you can choose how often you get push reminders (Aloe Bud advises setting them “intentionally and sparingly” for best results)—because having notifications pop up on your phone every two seconds isn’t exactly conducive to relaxation. You can also write your own self-care activities if none of theirs resonate. That said, the pre-loaded prompts are pretty darn gentle, compassionate and inspiring.

Aloe Bud was created by Amber Discko, founder of the online community Femsplain and a former employee of the digital organising team for Hillary Clinton’s 2016 presidential campaign. So, you can imagine she knows a thing or two about managing stress! She told Bustle that she started working on the app after the election finished as “I was trying to get my mental health back together and figuring out what I could build for myself and my community.”

Amber says she tried traditional self-care activities like journaling and a range of other self-care apps, but found they made her feel too guilty when she didn’t stick to them. In creating her own, she was extremely intentional about coming from a gentle place, rather than judgement or guilt. “We’re being careful about not using triggering words,” Amber says.  For example, using ‘fuel’ instead of ‘food. “Fuel you associate with energy, and it’s a positive association to feel energised. Same thing with Refreshed—we don’t want to shame people if they haven’t been super adamant about their hygiene. It’s supposed to be an encouraging, gentle nudge. We don’t want it to be someone judging you.”

The app attracted rave reviews after its beta testing phase and has already had more than 5000 downloads since it officially launched on April 25. It’s currently available to Apple users (download here), with a rollout for other devices coming soon. The app itself is free, but it costs extra to customise the self-care activities.

You can find out more about Aloe Bud here. 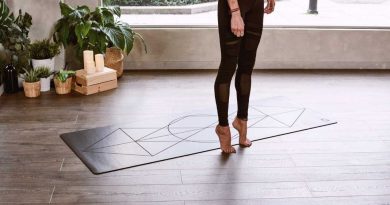 6 Exercises for the Ultimate Back and Chest Workout

Photo: Twenty20 Pushing a shopping cart, lugging some laundry or even dragging your swolemate to the gym, require you to